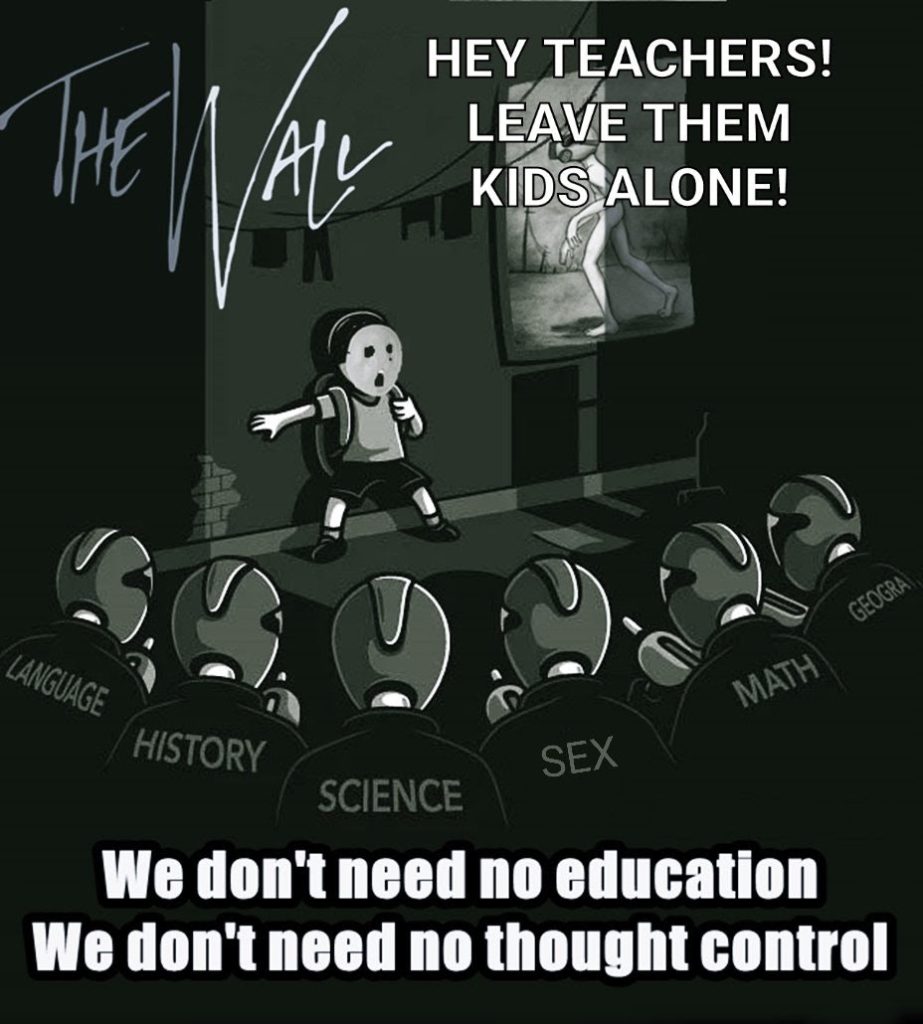 It still rings in my mind, the way my friend Roger (not his real name) questioned me condescendingly, about why I was still “fighting the culture wars.” Christians had lost the war, he said – why keep fighting? Roger said the whole notion of a culture war is not just a losing battle, but a lost one.

I note, in reflection on that conversation, that Roger was and is today very much already in a culture – he grew up in the church, went to a well-known Christian college, and yet today holds the Scriptures lightly, while holding more strongly to science, and left-leaning politics, and sometimes an anger at certain strains of conservatism. In short, my friend does have a culture – largely that of the general stream of our larger culture. And in this way he is like all of us – we all have a culture; it’s not a matter of whether you have one, but which one.

This comes to mind as I reflect on Disney’s vocal, open protest against Florida’s new law that prevents elementary school teachers from talking about “sexual identity” with “their” students. Leave that up to parents, the law basically says – the necessity of which speaks volumes about our culture’s lurch into depravity. For most of humanity’s 6,000 years, such a law was unnecessary. The parent’s right of sovereignty was assumed. Up until about 30 seconds ago, we would have called people who wanted to talk with children about sex behind parents’ back “predators” or “groomers.” Our church even has a policy to ward against such people.

As I reflect on this, I also remember a visit to Disney’s Epcot center in Florida. There was an animatronic show that, if memory serves me right, was meant to celebrate “progress” in technology. There is a grandpa figure in the show, who undoubtedly is meant to picture Walt himself. And at one point in the show, his grandson finds a magazine that grandpa jokingly tells little Johnny never to mind – it was undoubtedly what grandpa’s generation would have called a “girlie mag” – pornography, smut. I remember my sister and I looking at each other like, “Huh? Where did that come from?”

It came from that culture. And that culture gave birth to our own. They are of the same strain, the same lineage. The child is like the parent. Oh sure, the child-culture today is more out there, more brazen, wearing purple hair with tat’s, and all that, but the same DNA is operating.

For instance, it was the baby boomer generation that celebrated its autonomy, to be and do whatever it wanted. This love of autonomy started long before them, with 17-century Rene Descartes and his “I think, therefore I am.” With that simple phrase, Descartes upended the foundations of knowledge, by saying that man is the starting point of knowledge, not God and the fear of Him. This is the fundamental sin – autonomy – which, in a world governed by God, is always from God. It was this autonomy that the serpent offered Eve in the Garden, and Eve accepted. And thus the individualism and autonomy of our present generation is nothing new – just the full flowering of what was handed down to them.

Now, the mistake that many Christians make is thinking that they could fight the culture wars while remaining good standing members of that fallen culture. But that has not worked. After all, as Christians are discovering to their great discomfort today, our culture will no longer tolerate Christian thought (ironically in the name of “tolerance”). You cannot wear the same uniform and yet fight against the uniform. You either get in line, or change uniforms. As soon as you start to fight the culture you’re in, you get spit out, and these Christians were not willing to do that.

But there is another ditch, which I fear my friend Roger has driven into. He has concluded that the only other alternative is to give up, raise the white flag, and join in the prevailing culture. He is not willing to change uniforms, because he sees that it has not worked. And, along the way, he has become too invested, academically, professionally, politically and relationally in the prevailing culture.

A Culture to Impose

What both kinds of Christians fail to see is that God never intended for us to fight any “culture war” without another culture at hand, to fight with. From the very beginning, God intended for His people to fight the prevailing culture means of an alternative culture. God has always been on a mission to impose a new culture, in place of the old. News flash: that’s what war is – one culture displacing another. Thus we cannot fight the culture without one of our own to take its place. The problem with our “culture wars” is that we have not been fighting with seriousness, as if we really wanted to win, as if we really wanted to displace the old. We didn’t want to be seen as that “extreme”, or to go that far.

Everyone wants to impose a culture – not a matter of whether, but which one. God has called us to impose His culture here and now, in Elk Grove. But by “impose”, God does not mean a holy war, nor does He mean for us to employ power politics, nor does He mean “be nice”. But He will displace the rival culture with His own. And that culture is already here, in microcosm form, in the church. The church is the “snow globe” of this new culture, that we may point to, and take refuge in, and be strengthened by, and be commissioned by and sent out from again. This was always God’s purpose for His people: to demonstrate and bring the good life that is only found in ordering one’s life and world according to God and His wisdom and grace.

It Started in the Garden

And God means to proclaim this and bring this good life, because of how everything got turned upside down in the Garden. Creation was supposed to be a hierarchy of man, helped by woman, exercising dominion over creation, under God. But this hierarchy flipped when the crafty dragon spoke to the woman, and the woman listened, and the man listened to the woman, and turned their backs on God. So Christ in his resurrection is the firstborn of a new humanity, and his Body, the Church, is meant to be a living parable of that resurrection life. We are his new “culture”, breaking into the world, proclaiming to the world that life is found here, amidst the chaos, darkness and pain.

Our culture is only producing the fruit of seeds planted a long time ago, seeds that were growing in the 1950’s. Disney is only now doing the Full Waltie, because its perverse agenda was always there, evidenced in that animatronic presentation. And this perversity was only there because Uncle Walt and his generation had already discarded God at the center of their being. As Paul writes in Romans 1:

21 For although they knew God, they did not honor him as God or give thanks to him, but they became futile in their thinking, and their foolish hearts were darkened. 22 Claiming to be wise, they became fools, 23 and exchanged the glory of the immortal God for images resembling mortal man and birds and animals and creeping things.

24 Therefore God gave them up in the lusts of their hearts to impurity, to the dishonoring of their bodies among themselves, 25 because they exchanged the truth about God for a lie and worshiped and served the creature rather than the Creator, who is blessed forever! Amen.

But we did not repent, but instead we enshrined our perversity in animatronics and Roe v. Wade and Google making pornography mainstream, and all the rest. Thus we have our current situation:

26 For this reason God gave them up to dishonorable passions. For their women exchanged natural relations for those that are contrary to nature; 27 and the men likewise gave up natural relations with women and were consumed with passion for one another, men committing shameless acts with men and receiving in themselves the due penalty for their error.

There is still a culture war, and it was won not by some Supreme Court decision but by Christ in cross and empty tomb. And thus God does not give his people permission to simply join the other side. Instead His call to us remains the same: to go, and make disciples of all the nations, including our own. What our culture needs now is what Uncle Walt needed back in the 50’s: repentance, from our autonomy, evidenced by our perversity, back to God.

To the church then, we must sharpen and practice fighting with the weapons God has given us. And our primary instrument is worship: bread and wine, consumed with an infectious, jolly joy in our King. Ground zero of our fight is Sunday worship, and from there we labor to build a new culture out of the ashes of the old. And we make no apologies that the King of that culture is our resurrected Lord. Not at all. Only in the fear of Him is there knowledge; only in His resurrection do we find life; only in His ordering of sexuality do we find transcendent pleasure; only in His gospel will we ever be truly free. So then, being freed ourselves, we call the nations to repent, submit, and thereby be free, and live as free men. And by this proclamation, the “lost” battle of the culture war is won.

And to the culture we say “Repent. Be baptized, into the name of the Lord Jesus.” Make Him your Lord, for we as a culture are living on borrowed time. Every moment is a gift of His massive mercy, in the face of our bloodlust, bloodletting and depravity, all in the name of our own autonomy. Do you see all the chaos around you? Do you notice the anger and seething rage in your own heart? Do you see where that’s coming from – that it’s not from without, but from within! You need a new heart, one that is untwisted, unbent by the weight of trying to be your own god. You need to believe and bend your knee to Christ, before it is too late.

We need nothing less than revival. How will it come, if not by God? And how will God bring it, if not by His people?